Turkey in the spring with Mary...

Spring in Istanbul with my daughter Mary~~a huge contrast from my weeks in Nepal but really the two cannot be compared. Ann Nevans, the owner of the Empress Zoe Hotel where we have been staying since 1996, offered me a free stay once my breast cancer treatment ended. Since I was unable to sail with my husband from Turkey to the Caribbean last year this was an amazing bonus especially as Mary is spending a year in Turkey.

We have 5 nights here in Istanbul and have made the most of it so far. Yesterday we walked for hours through parts of the city where tourists seem not to venture. Mosques, crumbling Ottoman buildings, ancient churches and glimpses of the Golden Horn along with its eclectic population were our reward. At dusk we took a ferry to the Asian side to meet up with an old friend Serra, a Turkish/Canadian who Mary went to school with in Saudi Arabia where we lived for many years.

In the last post, I talked about how I have gone days without really thinking about breast cancer. That is probably not accurate but what has happened is that I have not dwelt on it and when I do think about it, I am not worried about it but rather think about how different my perspective is now. Leaving Vancouver and the past 18 months of treatment, surgeries and so on have allowed myself yet again to open my eyes to the world and how lucky I am. It is not all rose coloured by any means and in fact today I felt so tired that I felt sick.

Fast forward a few weeks and I am back in Vancouver. Once Mary and I left Istanbul we were pretty much on the go and I happily let go of my computer for much of that time~~only the short times we were at Mary's home in Sanliurfa did I even have Internet.

Istanbul has for 2 decades been one of my favourite cities but this time I found it noisy, dusty and though we enjoyed our walks and the beauty of spring in the parks, we were happy to set off on our adventure to SE Turkey where Mary currently lives. On our first day, we used 7 modes of transport~~taxi to a ferry to the port of Yalova, but a bus and tram to actually get to the city of Bursa where we had a wonderful Turkish breakfast complete with endless tea. Travelling with Mary has always been fun and with her increasing ability to speak Turkish, for me it was so easy. She asked if we could stow our bags with the owners of the cafe and off we went to explore the old city of Bursa. Later, we took another city bus to the terminal for long distance buses where we caught one to Eskisehir then another tram too our couchsurfing destination. https://www.couchsurfing.org
I don't mean this to become a travel blog post but I feel as though my travel with Mary was somehow freeing, maybe because I did not worry about the new things we were doing, couchsurfing being one of them. The next day we took a high speed train, the first in Turkey, to Konya. My ticket was half price due to being a yasli kadin (older woman) and was happy to pay less as a senior citizen for many of our bus tickets too. Our destination day 2 was Guzleyurt in Kapadokya. We wandered around the ancient stone village, once Greek but in the 1920's Greeks were sent to Greece and Turks from Greece to Turkey, no matter than most had been living happily for generations and did not speak their "national" languages. Once settled in our 200 year old stone "hotel" rooms we planned our hike for the next day, a 16 kilometre walk through the Ilhara Valley, home to 400 cave churches from long ago. To get there we had to hitchhike as there really was no other way other than a rental car. Again, I have to say this was freeing and we met wonderful people, both tourists and Turks using this mode of transport. Towards the end of the hike, we found ourselves on the wrong side of the river as the path ended up against a steep cliff. It was either hike back at least 1.5 hours to cross a bridge with the same distance to cover again or ford the river. It was scary for me but with Mary's encouragement and our trusty hiking poles, we did it~~another first for me.

Enough of the travel log but I wanted to use some examples to explain how good it all felt to travel without boundaries or concrete plans and with Mary who made it so easy for me. I am sure there were many times when I was slow or annoying but we hung in there and had so much fun. SE Turkey was a whole new experience and for a glimpse of it go to Mary's short blog she wrote today. http://www.esperanzaeducation.ca/blog/travel/3-places-to-see-in-southeastern-turkey

Now back in Vancouver, I start a new round of medical appointments with the knowledge that breast cancer is still part of my life but that it does not own me and I have lost much of the fear that surrounded me for so long. Clearly travel was good for me! 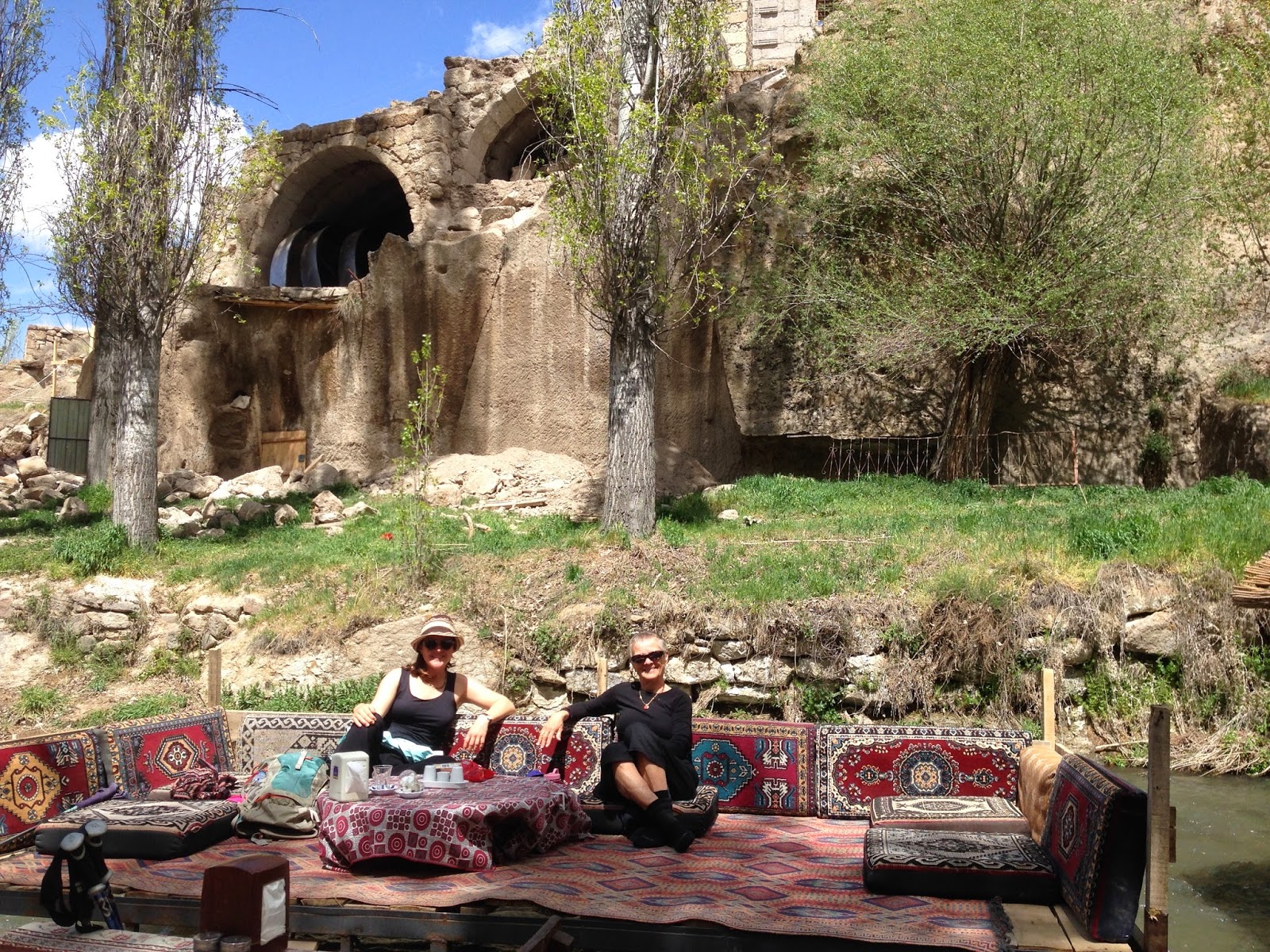 Mary and I enjoying tea on the river part way along our Ilhara Valley hike. 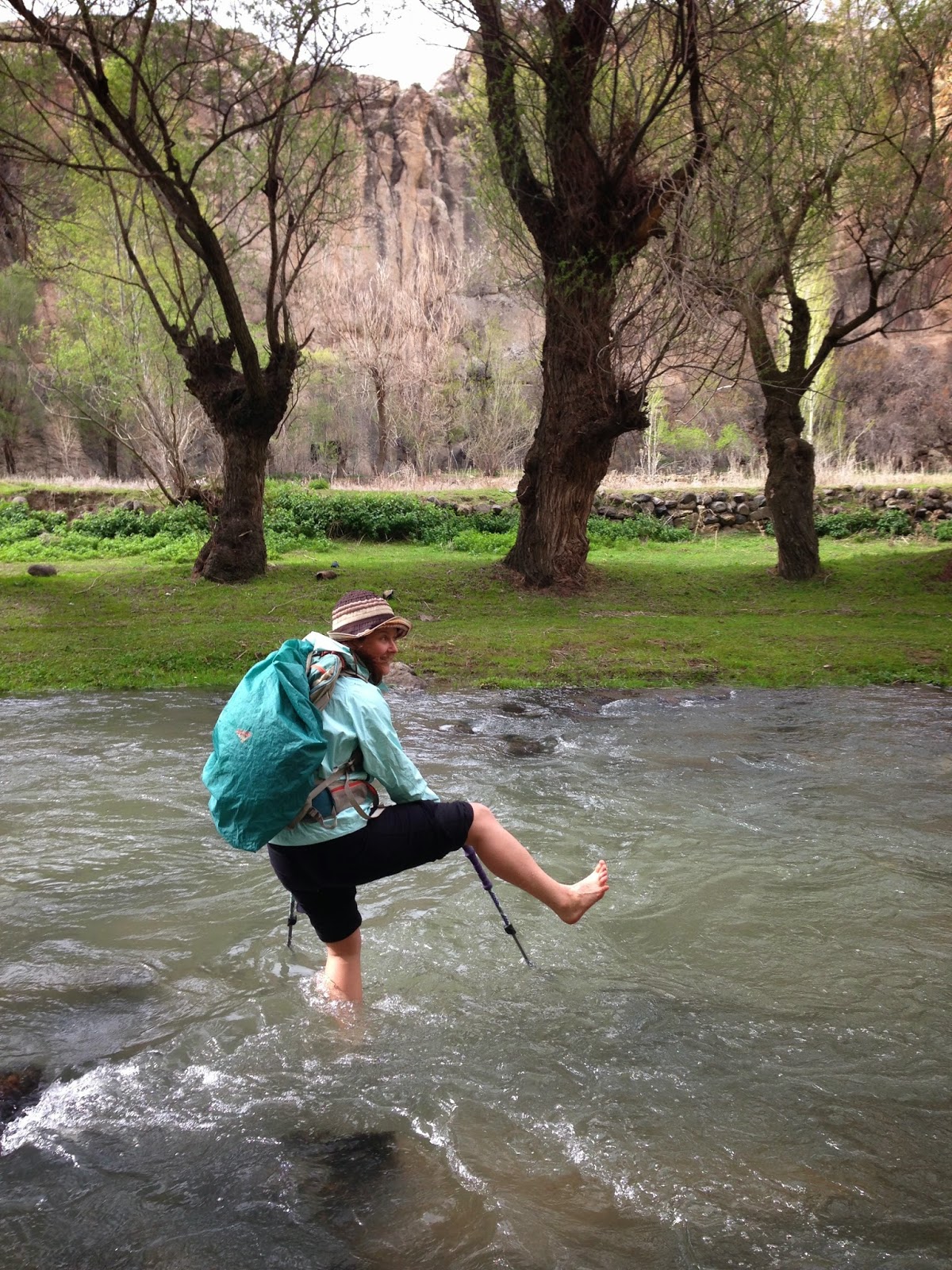 Yes, we will ford the river! 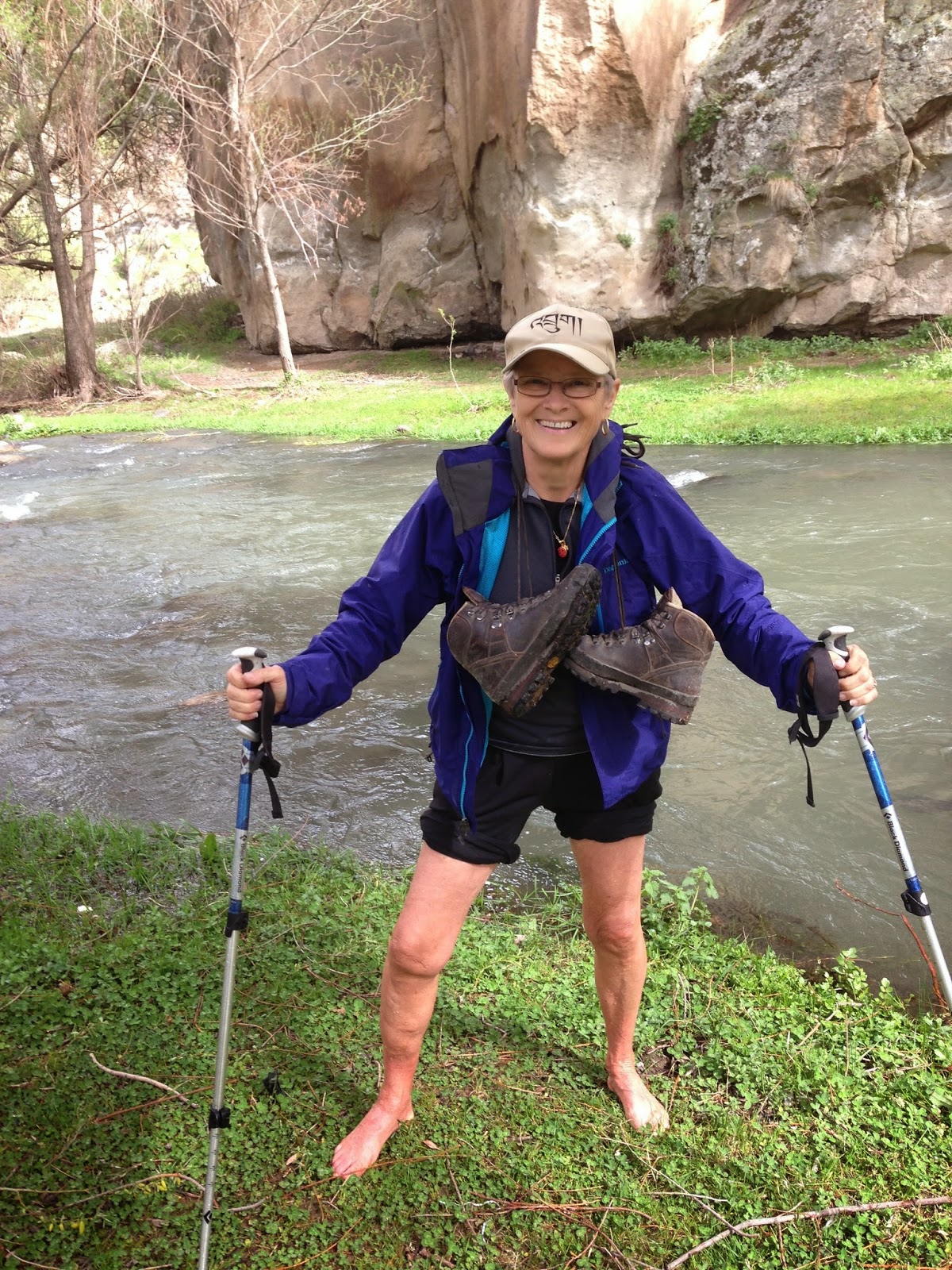 Boots had to go around my neck~~thank goodness for hiking poles! 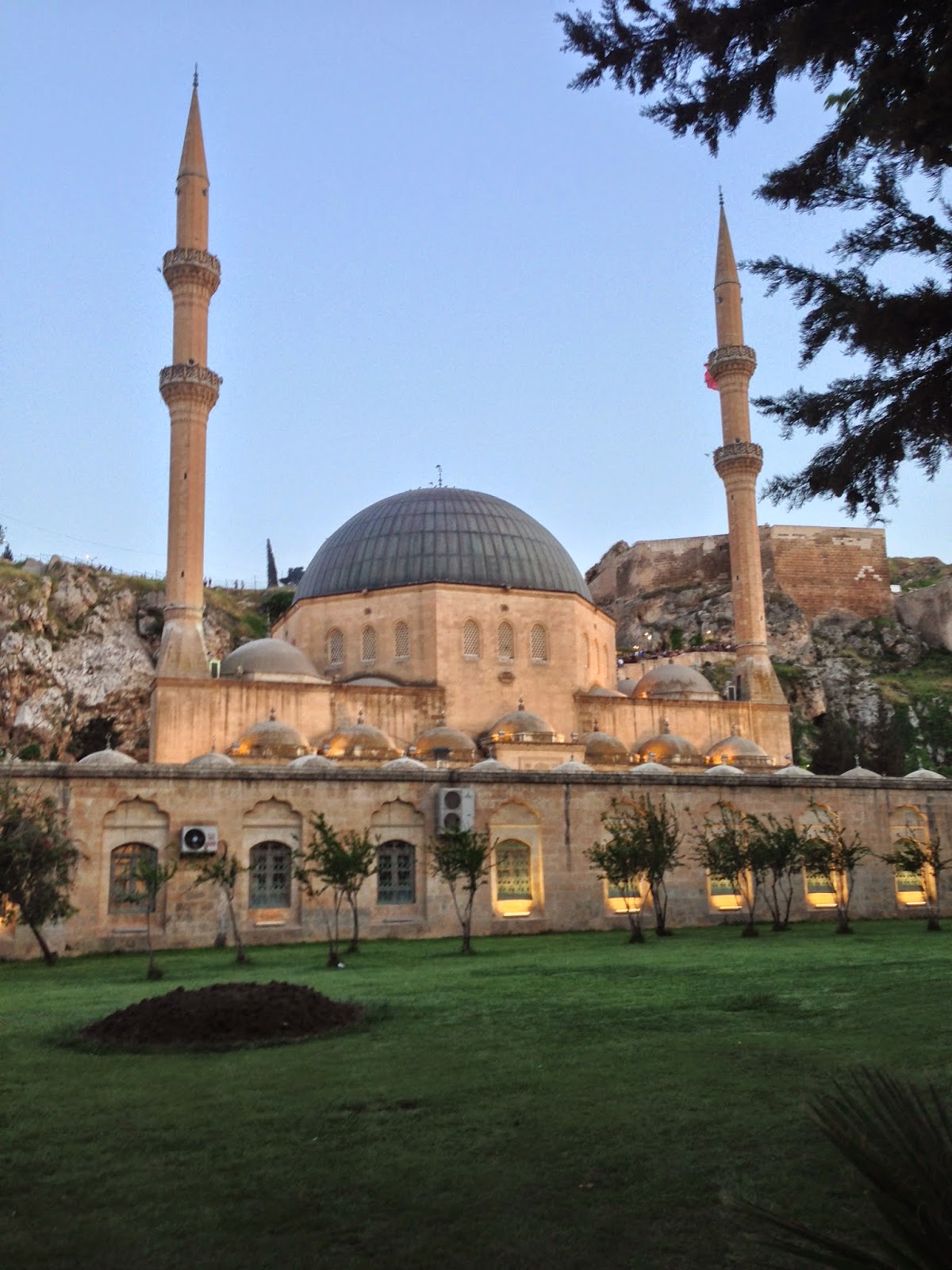 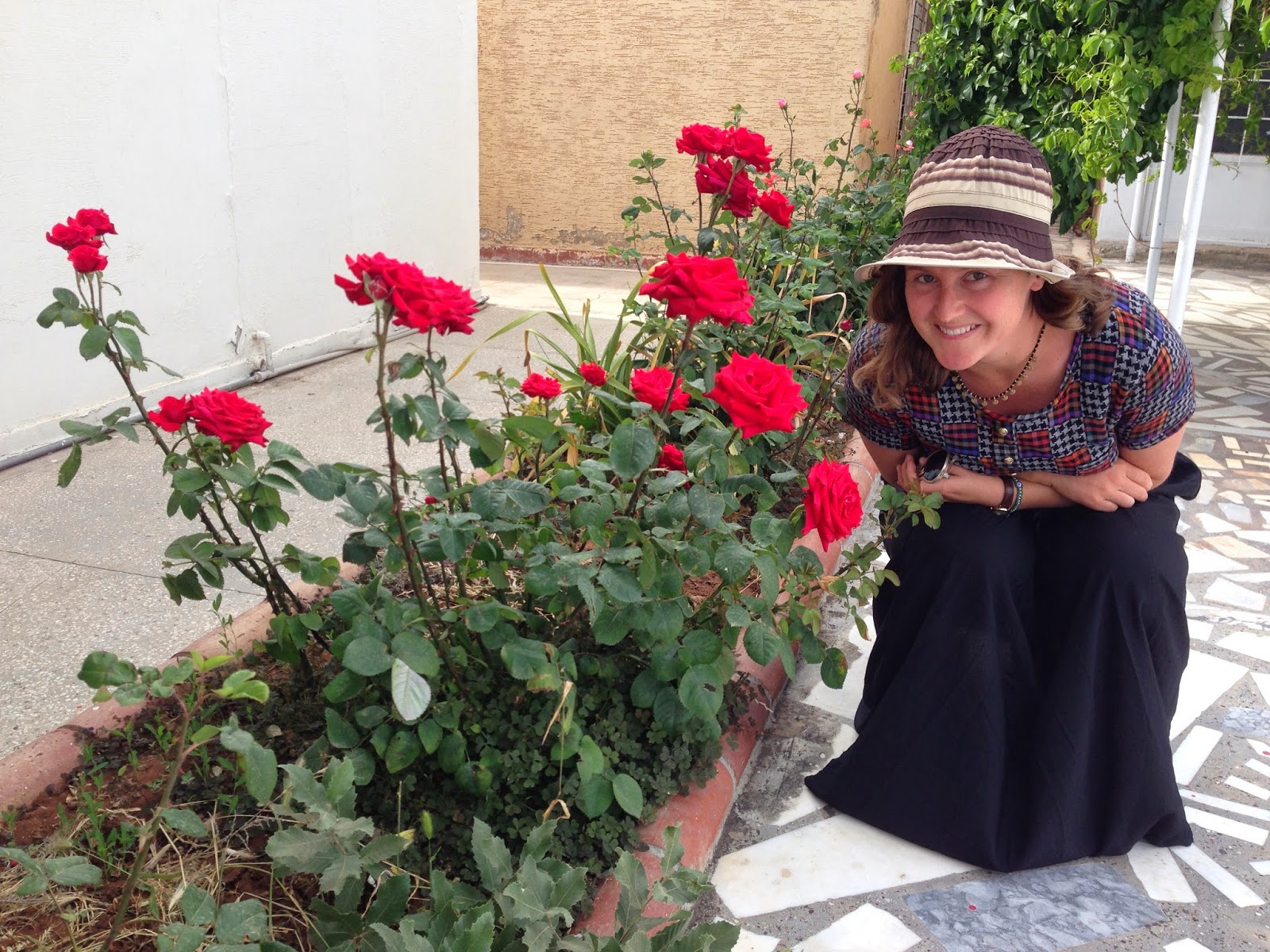 Mary, my lovely travel companion and faithful servant as she called herself often. 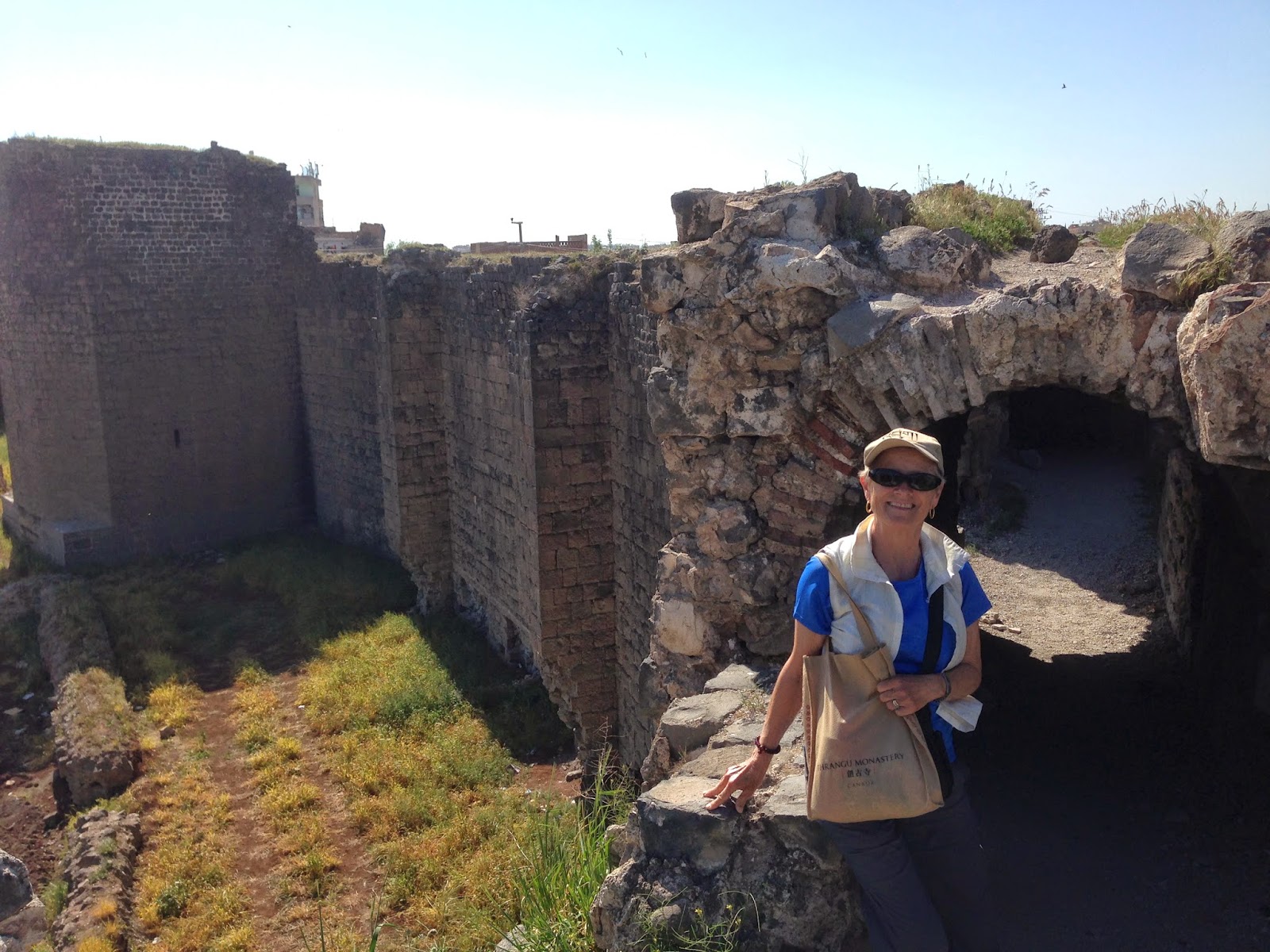 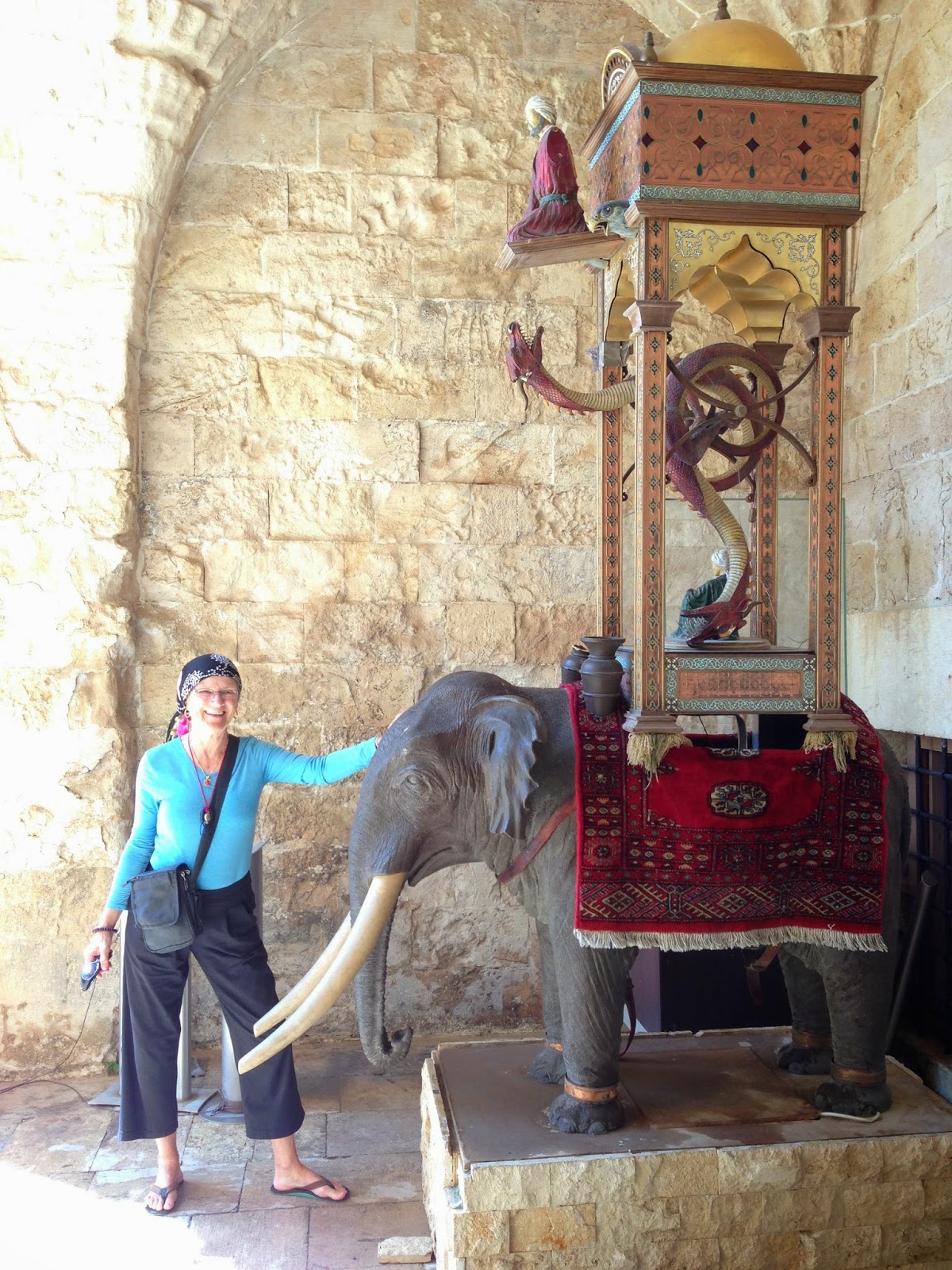 Old madrase in Mardin~~not sure what the elephant was doing there!

Posted by Marian Leighton at 7:49 AM